A downloadable game for Windows

Years ago something went awry at the Lockwood Manor Mental Facility. Now, relive the mystery as P.I. Darren Hall as he investigates the missing persons case of James Hyde and Rebecca Flynn. Reality itself will be tested in this psychological thriller. Explore every nook and cranny of the crumbling ruins tucked away in North Lockwood, uncover clues and peer into the sinister past. You may reveal the truth... but will you survive?

Developed by Goliath Game Studios over the course of one semester, for UCF School of Visual Arts and Design

For the amazing talent behind the voices of Madhouse, and other collaborators please contact this page's creator.

Best played with an Xbox Controller

**With our most recent build Madhouse has been tested on hardware as low as a 600 series! Just be sure to tweak the settings for your own system.**

Works best with an XBOX 360 or XBOX One controller.

Install instructions are as easy as downloading, and extracting the files! Then just run the .exe and youre in Madhouse! Thank you for your support.

well this game is a madhouse.

I have to say great idea and story moving back and forward through different years and becoming multiple characters! Thumbs up from me!

Great video! Thanks so much for the support. As students it's so inspiring to hear of people playing it!

Thanks for the play-through! As a group of nine students on the development team there were a number of areas we weren't able to work through in the time frame of one semester. It's always interesting to hear a fresh perspective on our project though! Thanks for your input!

Also, there seems to be an issue with the change resolution option. When I set my resolution to 1280x720, it crashed.

Is there any way I can change my control settings to mouse&keyboard?

So, I'll warn you right off the bat, this is not a positive video overall. That being said, I did my best to give some constructive feedback and point out the things that pulled me out of this game. The visuals and level design are about all this game has going for it, the environment is absolutely gorgeous and has an astonishing level of detail. But the audio design is extremely minimal, the voice acting is nearly inaudible, the progression through the area feels like the game doesn't trust me enough to explore on my own, and the player character attempts to direct the player far too often. The shifting level design makes the game far too linear and kills any sense of mystery or exploration and some of the attempts to be scary ended up falling flat, even seeming like a joke at some points. I really hate to be so negative about games, but, if anything, I hope the feedback is valuable to you.

Sorry you didn’t enjoy Madhouse! Unfortunately because this is a student project we had certain requirements and time constraints. There’s much more we wish we could’ve done with the project. Thank you for your feedback, we will take it into consideration!

This was really well made but very confusing for me. Sure I didn't read all the Logs and stuff like that but I've never liked when games tell a story through text. I wanna be able to understand with the dialogue going on in the game. But Maybe I'm not supposed to understand? Maybe that's the whole thought behind this demo?! TO LEAVE ME CONFUSED AND INTERESTED IN WHAT IS GOING TO HAPPEN NEXT?!?!
That's probably the case hahaha! Well made and I'm looking forward to see what's going to happen with this project in the future :)

RadiCarl, thanks so much for playing Madhouse! Your playthrough is a blast!

Not available on Windows? What the hell is this all about and why do I keep seeing this? Sorry, I'm new to Itch.

Sorry for any confusion! It's actually available only on Windows. Simply download the .zip file, extract it and run the .exe!

Could you try lowering the engine quality settings for those with lower end computers? Thanks!

Hey, this will be a little difficult. UE4 is made for high quality. I use it, so I know what I`m talking about. If you lower the resolution of UE4, it`s like 8-bit (okay, a little better lol)

We took this into consideration, and one of our amazing programmers added more robust quality settings! The new build is now available for download. Thank you for your input!

I can’t believe this is a student project! Amazing job on all fronts!

Thank you! Means a lot to hear that. 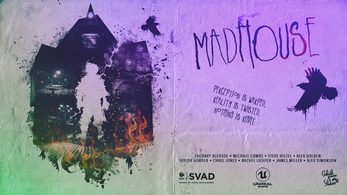 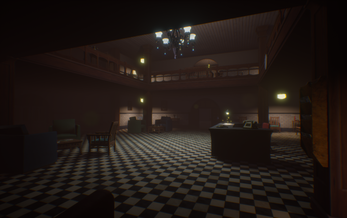 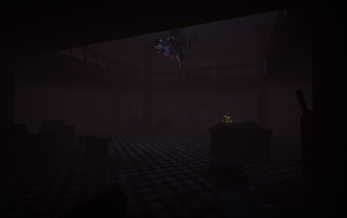 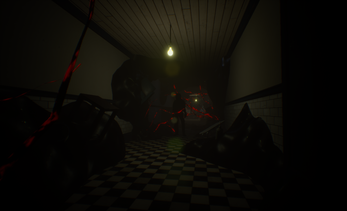 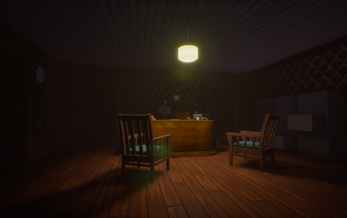 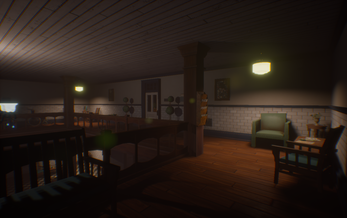